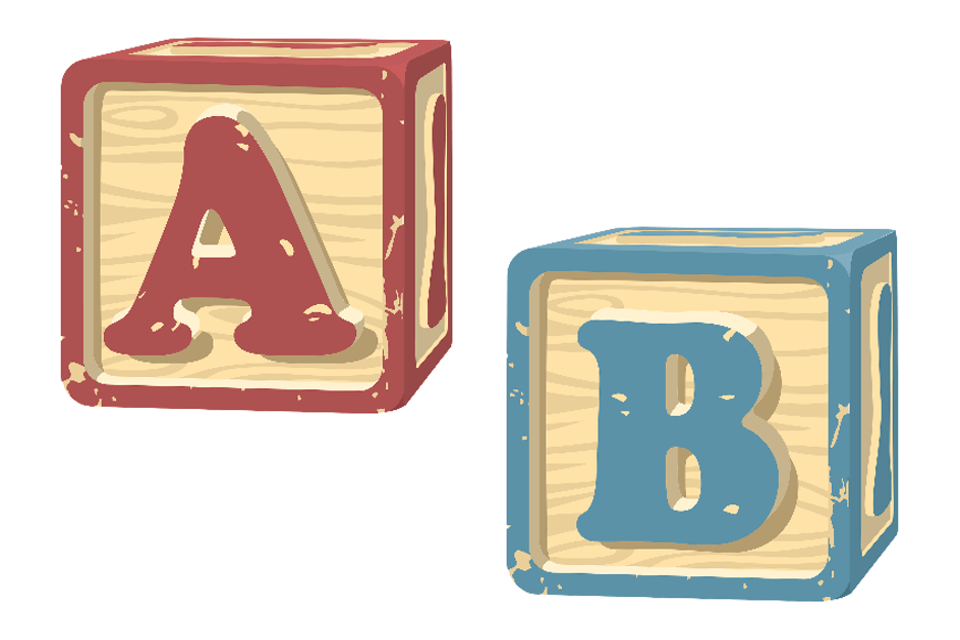 Generations of parents have purchased these wooden blocks for their children. And we children have dutifully played with them, learned our letters, spelled our names, and gradually learned to read.

Also, speaking of tradition, when I was growing up, and in the area I was raised, sugar cubes were still very common. Six sided lumps of sweetness about a half inch (13 mm) on a side. Which, by the way, is what was first meant by the expression, “one lump or two?”.

Beyond this, beyond the nursery and beyond the kitchen, every growing child knows almost inherently that a cube is a very basic and indispensable shape.

Most rooms in houses throughout the world are either cubes or elongated cubes. And most forms of food (as well as many types of candy) can be generalized as either a sphere, a disc or wafer, or as a cube. And again, in the case of a loaf of bread – or the case of a candy bar – as an elongated cube. 🙂

So, what does this have to do with dice?

The 2 knucklebones that were suggested in our last post can likewise be generalized as cubes. In fact, history paints a clear picture of this evolution from animal bones to modern cubic dice – and not just in the western world. Today’s d6 may very well have come from Mesopotamia. And examples of these cubic dice have been unearthed in Babylonia and, not too surprisingly, also in Egypt.

Then, coming closer to our time, other examples of cubic dice have been found in Iraq, Iran, Syria, and from there, throughout most of Europe and Asia.

A second possible beginning, if you will, of cubic dice is that from very early times the Chinese, Korean, Thai, and Japanese peoples have used split bamboo pieces, slats of wood, and other carved shapes for hundreds and even thousands of years in their games. And they have done so both in games of chance and in games of skill. (And, incidentally, this is also the beginning of such tile games as dominoes and mahjong.)

And curiously, as far as the existence of cube shapes in nature goes, there is a form of cubic dice that have pretty much always existed in India – made from the roughly cube-like seeds of the tamarind tree. Which, yes, are sanded down and used as dice in board games in that country.

And, to be complete, the many tribes and peoples of Africa have impacted the history of cubic dice as well. Especially in their use of elongated cubes which are somewhat similar to those now used in Asia. And also similar to the elongated dice which have been found in the US among her native peoples.

Well, traditionally speaking – and let’s define “traditional” as any use of dice before about 1950 or perhaps 1960 – these dice were used for 1 of 3 things :

So then, traditionally speaking, most dice had 6 sides which were numbered 1 through 6 and 1, 2, or sometimes 3 of these dice were used in a variety of games. And the object of their use in those games was usually to indicate a single-die number or, when added together, to indicate a combined total. Modern dice mechanics such as dice “pools” and so-called “exploding” dice had to wait a few more years for their time to come.

In Part 2 of this series we will present :

Did you know that those DnD guys all started out at Berkeley? Well, they did. Or they may as well have. They really knew their math! 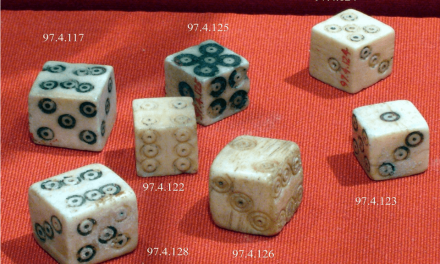 Dice and More Dice – Part 7.B – “Like a Man Obsessed” – Dice Collectors Tell Their Story 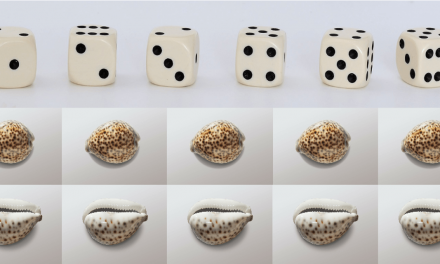 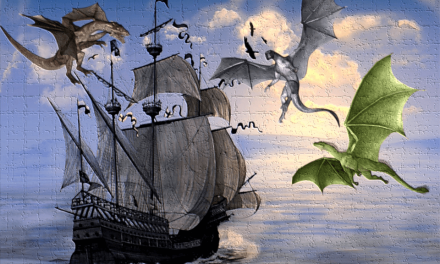 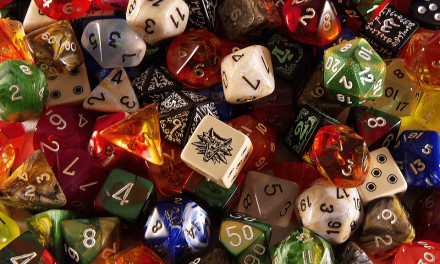